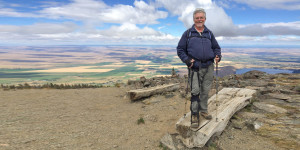 AxioBionics is proud to present the truly extraordinary stories of some of our patients.

"Hiking has long been a passion of mine. With the worsening of my MS, it has been more difficult for me to hike until I started using TripleFlex."

"Trekking poles and an AFO have been a great help but the TripleFlex brace has been amazing! I have used it this summer on hikes to Mount St. Helens Volcanic National Monument, the Cascade Range, and the Eagle Cap Wilderness in the Wallowa Mountains. I wish I had it for earlier hiking trips this summer to Mount Baker and to the Olympic National Park." 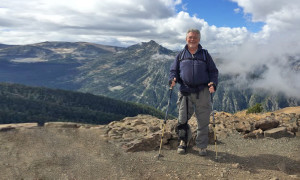 "I am a big fan of my TripleFlex brace for the following reasons:

Quite simply, the TripleFlex brace has given me more mobility compared to my AFO, and has allowed me to continue my outdoor pursuits!" 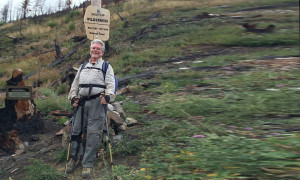 Drew Clayborn is a 21-year-old student at the University of Michigan in Ann Arbor. He is a mathematical biology major, lives in a dormitory and is active in many school events.

This is a story about a young man who didn't let the results of random events dictate his life. In 2010, Drew was practicing a backflip for a school play at Walled Lake Central High when the unthinkable occurred: the high school sophomore landed wrong and broke his neck. That left him paralyzed and breathing on a ventilator. He was 15 years old at the time. The injury made it impossible to exercise and keep his body in good shape. 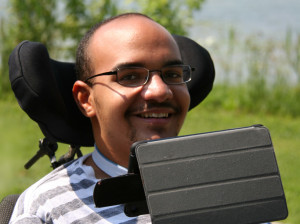 Drew uses Wearable Therapy™ 3 to 5 hours a day to manage the effects of paralysis.

“The change was immediate.” He says.

“Since I began using the AxioBionics garments, I have had virtually no loss of muscle. I have very good muscle tone and minimal spasms.”

When asked what pieces of equipment he uses, Drew laughs and says, “All of them! I don’t have to wear any braces on my hands or feet though (to keep the muscles from contracting) because the garments exercise my muscles so well that my fingers and toes have never curled up.” 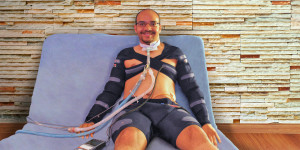 In addition to attending classes and living away from home part-time, Drew still does several hours of therapy every night and every morning before school. All of this keeps his body as healthy as possible. 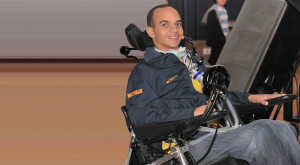 Jesse was born with cerebral palsy and has never known a day without pain in his back and neck. His entire life was consumed by pain and its debilitating effects. “I wake up every day and I hurt. I don’t even want to do anything. It makes me not want to move.” According to his mom, “His muscles don’t relax, ever.”

The era of suffering finally came to an end the day he was fit with a custom BioVest to suppress pain. The relief was immediate for Jesse as he leaned back, closed his eyes, and simply experienced what it was like to not hurt for the first time in 30 years.

Jesse and his mother tried a variety of treatments before Wearable Therapy™, including medication and botox, to ease his pain. “It’s a miracle”, said his mom, “We don’t have to look anymore for pain relief, we’ve got it right here.”

And now the living begins. 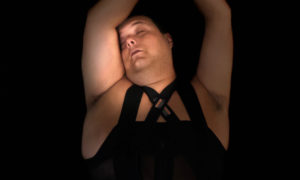 Jack’s parents brought him to AxioBionics in December of 2018 to be fit with an Upper Extremity BioSleeve. Diagnosed with cerebral palsy, 3-year-old Jack’s right hand was mostly fisted from muscle spasms and very weak from non-use.

In just 3 months of using the BioSleeve, his right arm-strength improved, the hand is now opened and relaxed, and his arm usage increased from 25% to 50%. His parents and his occupational therapist are elated to see him progress so rapidly and they are encouraged to see him using the arm in many more activities. He’s even beginning to swing a golf club using both hands, something his golfing enthusiast father couldn’t be more excited about! 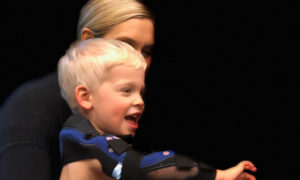 “Bracing was attempting to correct my body, but Wearable Therapy™ is actually working with it and there’s no fight. My body simply cooperates when I’m using it."

"I used my arm about 4% of the time before Wearable Therapy™.  I had to think, should I use the arm or just simply use my good hand?  And now I use my affected hand in 80% of my activities. It’s not perfect yet, but the effort it takes to move my arm is becoming easier all the time.” 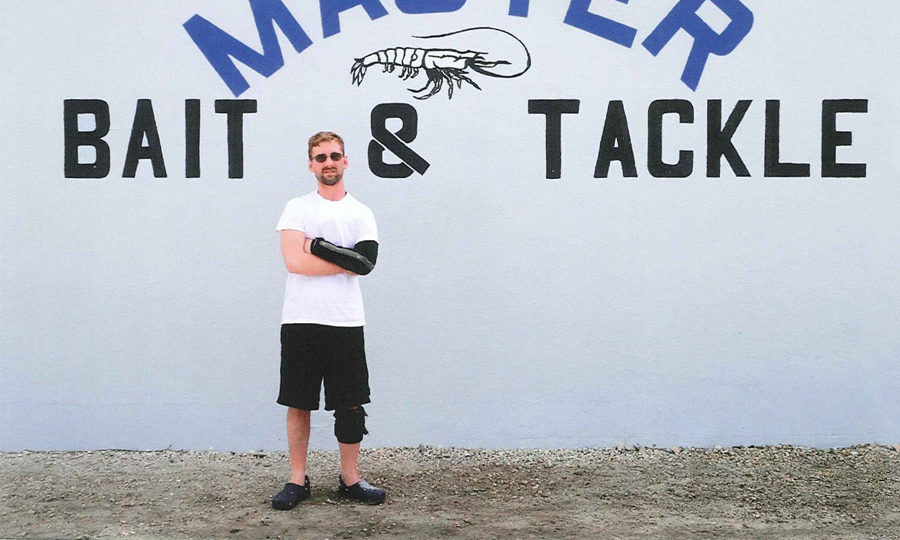 David was fit with an Upper Extremity BioSleeve 10 years after his brain injury. At the time of the fitting, the affected arm was atrophied, contracted and stiff, and cold from a lack of proper circulation. Slowly the arm began to relax, straighten and warm. David uses the left arm now in activities that he thought were not possible. His mother couldn't be happier to see him progress toward greater independence and a higher quality of life. She took these pictures on a recent vacation and was happy to watch her son do things we all take for granted like walking on sand or even holding a fishing pole.

Besides having the BioSleeve for the arm, David has a Wearable Therapy™ system for his left foot for foot drop correction and spasm control and a BioVest for back muscle spasms. 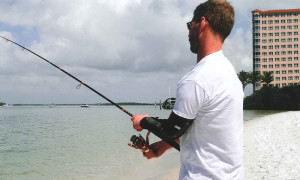 "I sometimes forget what this technology does, but when David walks without Wearable Therapy™ it takes me back to the time when he struggled so much. With the Wearable Therapy™ device, his ankle doesn’t roll over and collapse. His foot is no longer doing that to the degree it was. It seems to be improving all the time.

David’s need for many of the medications and treatments he was undergoing has greatly decreased. This technology has lowered the cost to manage David’s condition and yet provided him with unprecedented results that I thought he would never achieve. He'd plateaued a long time ago. Wearable Therapy™ is something that should be offered to patients as early as possible to prevent atrophy and to move the patient along much faster.

To watch this giant leap forward take place is just the best feeling.” 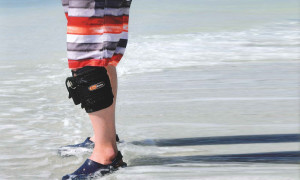 David Walking Without and With his FreeSTEP

Jesi Stracham uses Wearable Therapy™ for the lower extremities. She is an amazing young woman with an unequaled zest for life, never letting her physical condition get in the way of tackling what she wants to accomplish. She is an inspiration to all of us here at AxioBionics and to the many fans that follow her.

Because her legs are paralyzed, she does not have the ability to exercise them as she did before her accident so she relies on the Wearable Therapy® suit to do this for her to keep her in the best possible health. 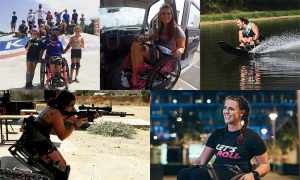 The Wearable Therapy™ suit helps her manage atrophy, spasms and circulation by artificially stimulating her leg muscles. Amazingly, she accomplishes this at night when she sleeps. Her muscles get a full 8 hours of muscle therapy time before she wakes in the morning. This frees up her time to do the things she needs to do during the day, including competing in various extreme sports.

We are honored to be part of her rehabilitation team and wish her the best in all life’s endeavors! 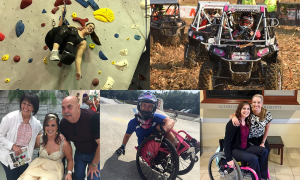 Check Out More of Jesi's Inspiring Story Below

Request an evaluation to see if TripleFlex or one of our other foot drop options is appropriate for you.

TripleFlex eligibility can only be evaluated by a physical therapist or orthotist.

I tried multiple orthotics for foot drop, but they were uncomfortable and didn't address my hip drop.  Even with orthotics, my walking was labored and very tiring because I couldn't lift my leg from the ground.

TripleFlex picks up my entire leg, and I can walk longer distances without fatiguing.  I feel like I'm back to relying on my left leg for support so my right leg doesn't have to work as hard.